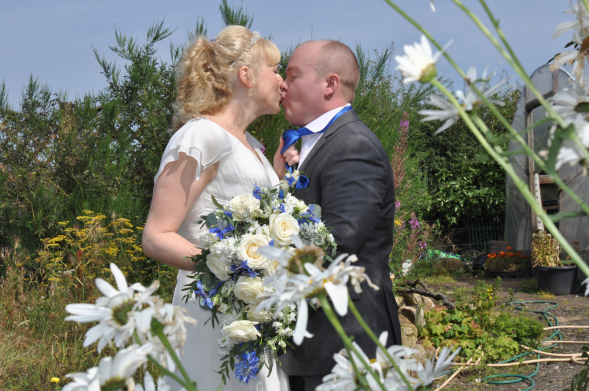 In the beginning of film making, all movies were shot by exposing film stock to light. So film was the media onto which an image was recorded. The problem with this method, as well as being very cumbersome and un practical was the fact that film was expensive and could not be re used. So every time you shot a film, you had to buy new film stock.

Because of this expense, the video camcorder was invented, which instead of exposing film to the light that travels through the lens, it would expose a light sensitive imaging chip, which would intern transfer the information to a magnetic tape.

The great advantage of tape was that it is cheap in comparison to film, on a minute by minute basis, but you could also re use it, which made it even cheaper again. Tape was decent quality and fairly reliable, but it has not all but been replaced by the digital memory card. This is because the digital memory card has various advantages over tape. These are:

1, Transfer. When you transfer footage from tape, you have to sit there and watch as the tape winds on. An hour of tape footage takes an hour to capture. With a digital memory card, providing you have a great computer it is much faster.

2, Segregation of clips. When you capture footage from tape, you must constantly stop and start the tape, in order to segregate the clips as you put them into the editing system. This requires you to be there through out the entire process. With digital you can just set it off and leave all the clips to be imported as separate clips in the editing system.

3, Immediate editing. If you have a client who needs their video quickly, you can edit immediately without even importing to the editing with a digital memory card. You can not do this with tape. Editing straight from the memory card is not as stable as editing from footage that has been properly imported, but if absolute speed is needed, then it is a great option for a truly fast turn around.

4, Drop out. Some time tapes would suffer from drop. Drop out is when a single frame becomes corrupted. The loss of that single frame is not that big a deal most of the time, but because it causes a break in the capturing process, you can end up losing two or three vital seconds of footage.

5, Re usability. Although tape can be re used. The tape does gradually lose quality as time goes by, but with a digital memory card that is not the case.

6, Length of recording. Tapes only last for one hour. Therefore if you are shooting a wedding ceremony that takes longer than an hour, you would have to change tape, which would cause a gap in the ceremony recording. With digital, you can keep recording till the memory card is full. Pick a large enough memory card and you can literally record for over a full day.

In summary it is not hard to see why the tape has essentially become obsolete, with all these advantages that digital memory cards have. Off course you must remember that the digital memory card is more of an initial investment, but with the prices always coming down and the advantages listed above, it is clear  that tape will not be making a come back.

What To Spend Money On At Your Wedding

To Throw Or Not To Throw