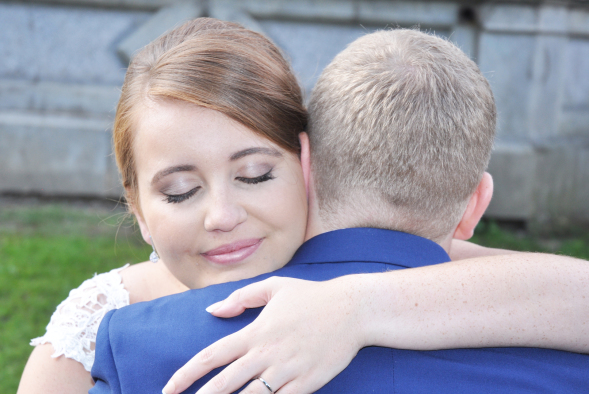 In the past all films and videos were shot using the old fashioned film camera. Film, especially 32mm film produced great picture quality but it was very expensive and cumbersome.

Then came along the camcorder, allowing film makers to shoot directly onto tape, which was not only cheaper, but made the process of film making much easier, because all you had to do was insert a new tape.

Lately there has been a massive switch to recording onto memory cards and this made it cheaper again, because tapes eventually wear out, where as memory cards do not. The other advantage of the memory card was that it makes it easier to import the footage.

With the advent of this digital technology, manufacturers started making photography cameras that also shoot video. At first the video was not very good quality but over the years, it has improved to the point where the footage has become as good as that shot on dedicated camcorders.

Because of this we have noticed that a lot of wedding videos are being shot on high end photography cameras, which begs the question, will the camcorder become a thing of the past?

There are still a lot of advantages in using a dedicated video camera:

1, Neutral Density Filters. When you are shooting outside on a bright sunny day the picture will become very over exposed unless you increase the shutter speed. By increasing the shutter speed, you make the footage seem copy, because each frame of picture is exposed for such a short period of time. By exposing for such a short period of time, you remove any motion blur and this means there is no bridge from one frame to the next. The frames therefore do not blend into each other and you therefore get choppy footage.

High end camcorder have filters build in and these filters reduce the power of the Sun's rays on the chip. This means that you can expose the cameras chip at a good shutter speed and this results in smoother footage.

You can add filters to photography cameras by screwing them in, how ever, this takes time and on a cloudy day where the sun is constantly going in and out, it is very problematic.

This is especially true if you are shooting a live event, because you will simply not have time to add and remove filters as need be.

2, Controls At Your Finger Tips. Dedicated video cameras have all the picture and audio controls at your disposal. This makes you a quicker to react camera man, and therefore makes you a better camera man.

If you are shooting a wedding, then you need to be able to react quickly and accurately, or else you will not shoot good sound and audio. This is obviously so important because there is no second take at a wedding.

3, Longer Record Times. A lot photography camera can not record video for longer than fifteen minutes. This is obviously a problem at wedding, because most ceremonies exceed that length of time. Video cameras are designed to shoot for long lengths of time and therefore are perfect for long live events.

In summary, the photography camera has come a long way, but the dedicated camcorder is still superior for shooting live events. For that reason we continue to invest in the latest video equipment, so that we can perform to our best ability at live events like weddings.

What To Spend Money On At Your Wedding

To Throw Or Not To Throw